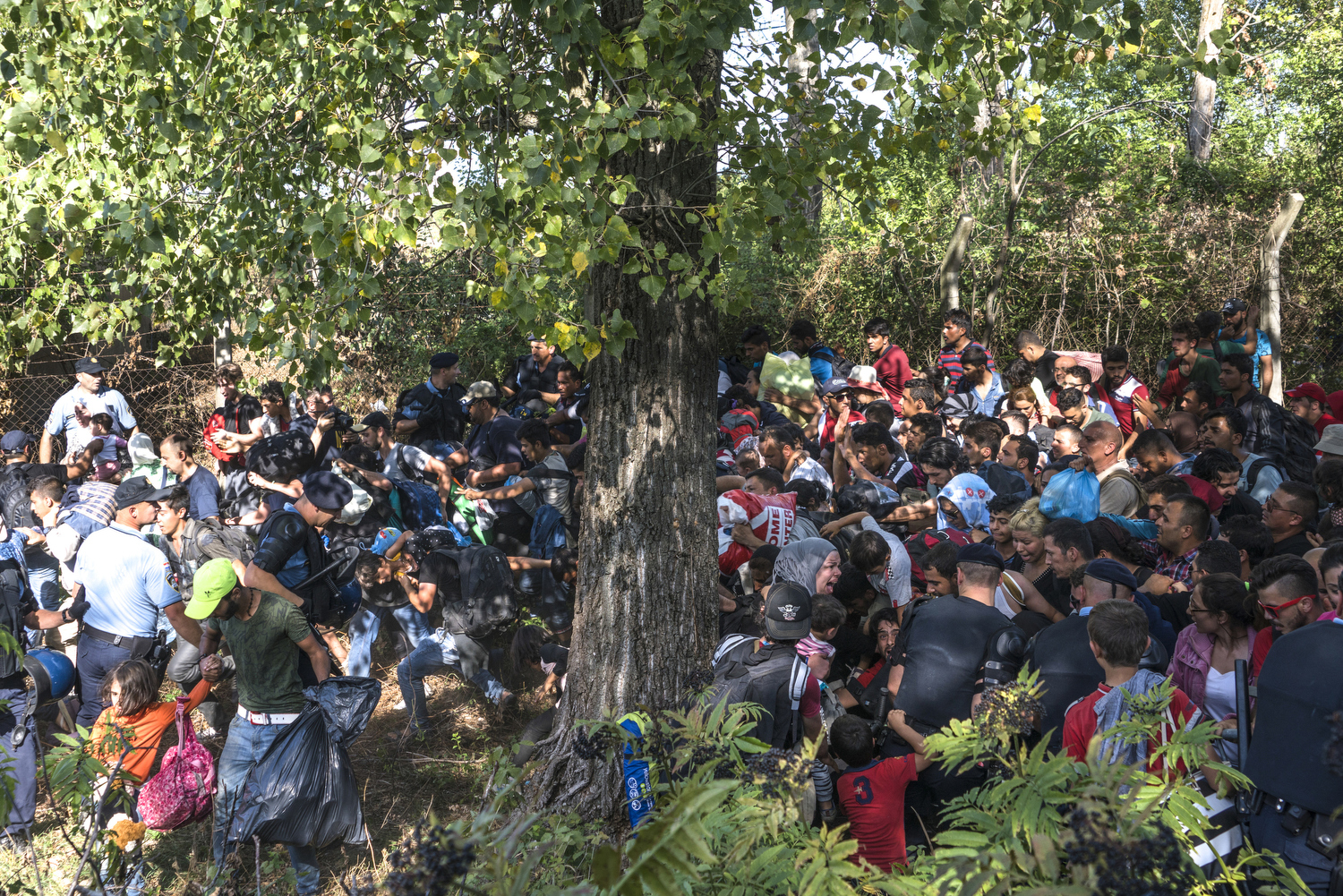 2015. Tovarnik. Croatia. A crowd crashes through a barrier at the train station on the Croatian-Serbian border. It was over 100 degrees fahrenheit and thousands of migrants waited for trains to take them to Zagreb, while Croatian riot police kept them fenced in. A promised train never materialized and after hours of waiting in the baking sun without food or water a surging crowd crashed through the police lines. They spent the rest of the day seeking shade in a field and in the shadow of farm silos. By evening buses began taking them to Zagreb.