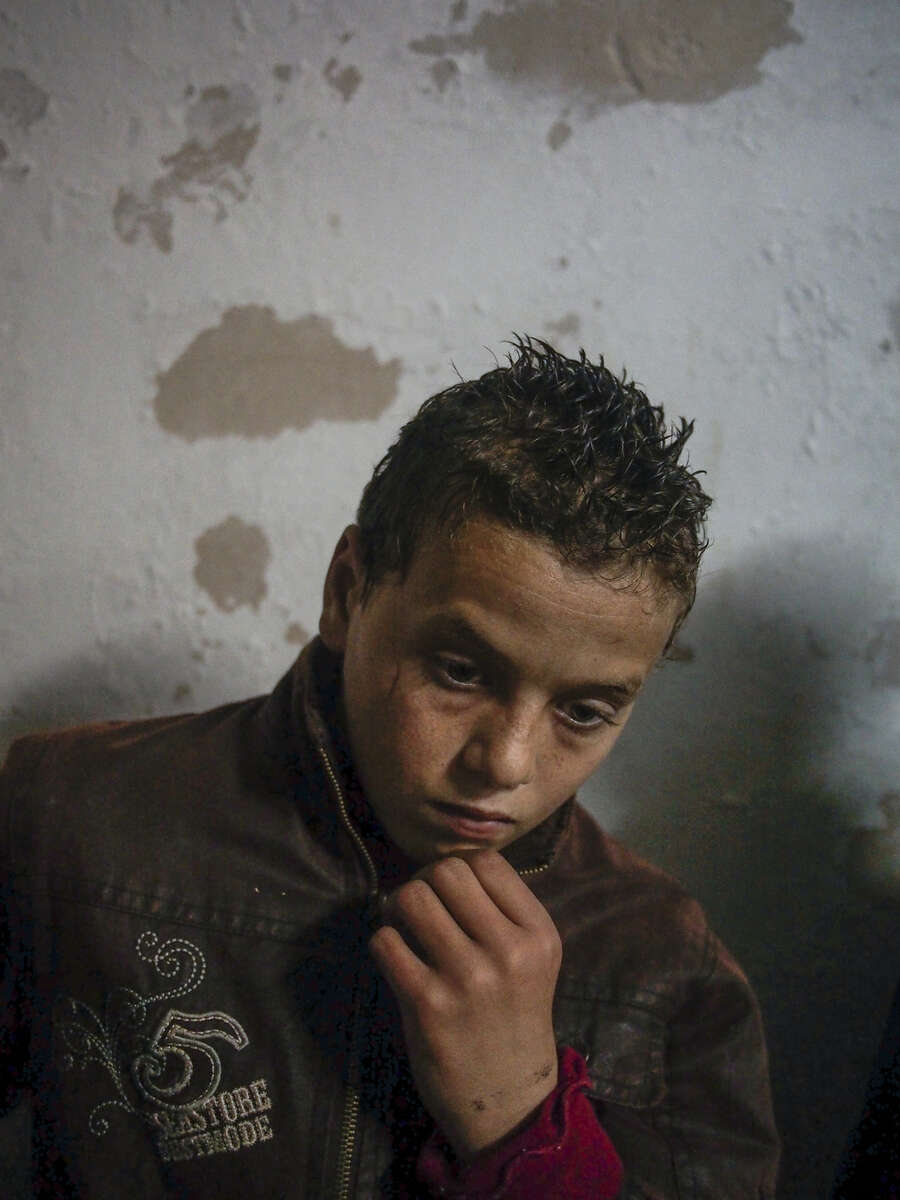 West Bank. Nabi Saleh. 2013. A resident of Nabi Saleh after a screening of 'Thank God It's Friday,' a documentary by a Belgian filmmaker about the weekly protests in the town. Residents of Nabi Saleh have been protesting the Israeli Occupation every Friday after midday prayers since 2009. The protests started after Israelis from the nearby settlement of Halimish took over a small spring that had been on Palestinian land. After widening and adding a bench to the spring, the settlers refused to allow the Palestinians to continue to use it.