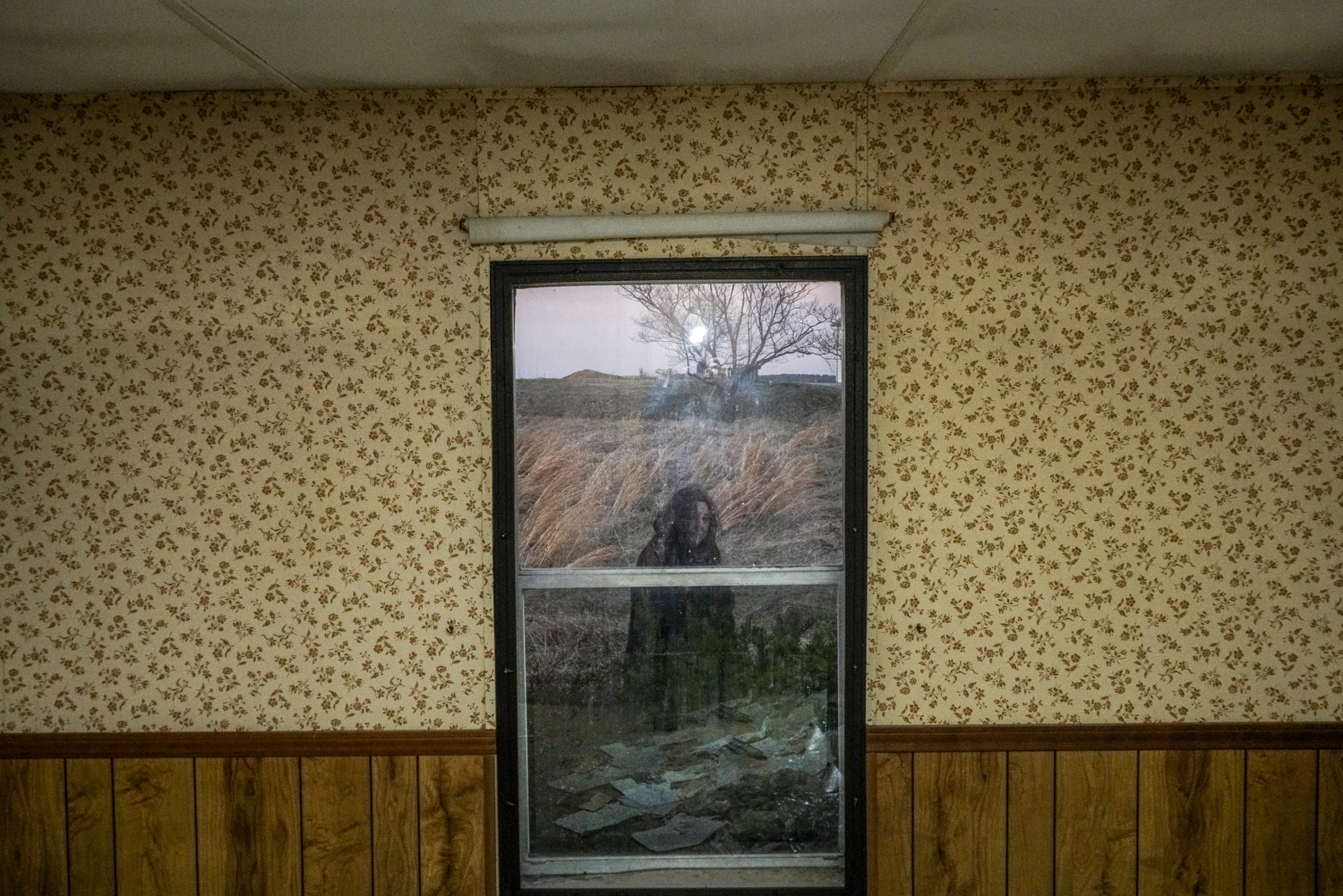 2017. Illinois. USA. Georgia de la Garza, a local environmental access in Southern Illinois. She is pictured from inside an abandoned house near the Eagle River Coal Mines-Franks LLC in Harrisburg, Illinois. Mining jobs have been the core of the economy in Southern Illinois for the past century, a source of stability, prosperity and pride. In the last few decades the number of jobs have declined to a small fraction of their former number, leaving the economy in shambles with few prospects for new forms of industry to take its place.