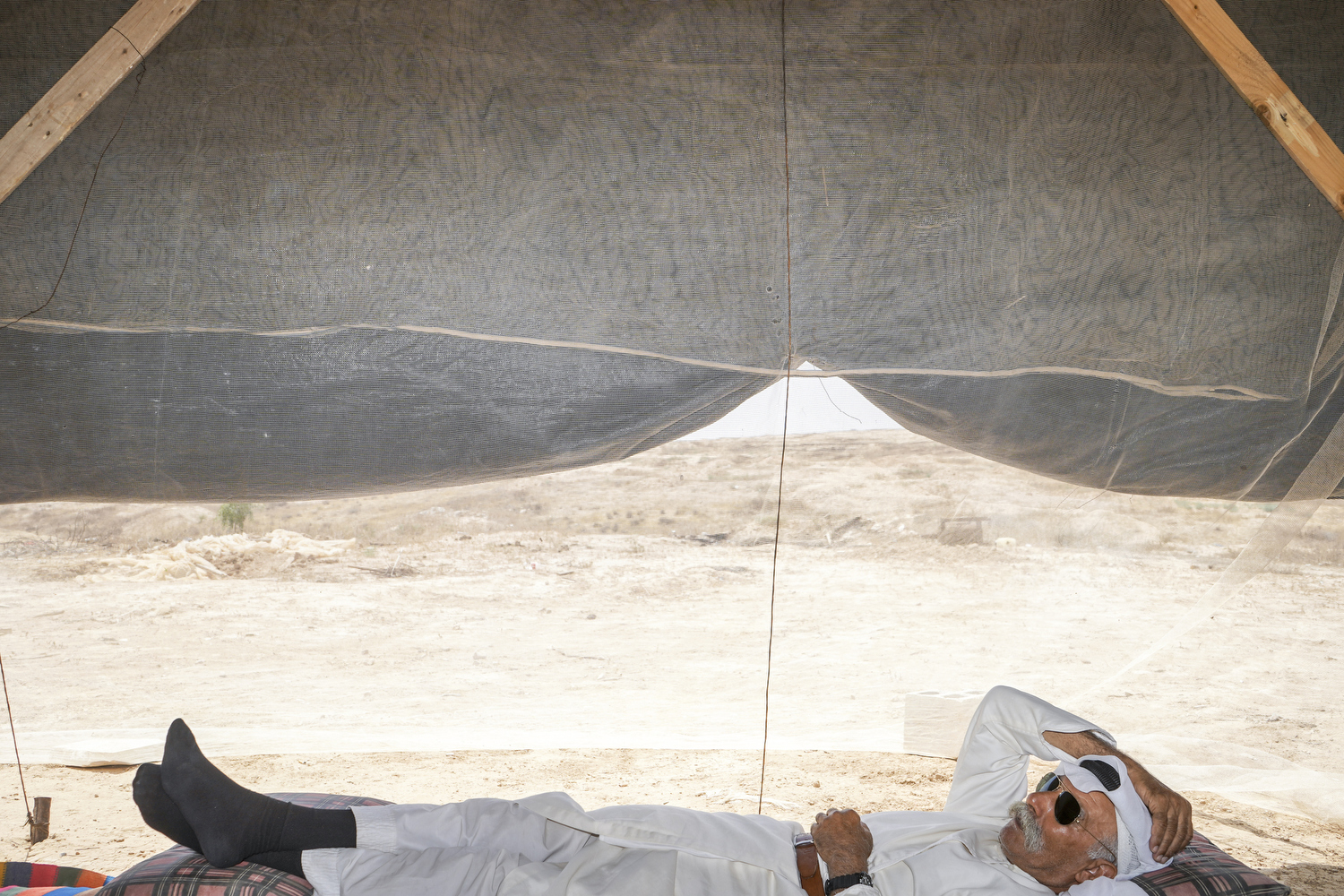 2018. Israel. Al-Araqeeb. Sheikh Sayah Abu Madi'am of the Al-Turi tribe in Al-Araqeeb. Al-Araqeeb is an unrecognized Bedouin village in the Negev (Hebrew) or Naqab (Arabic) desert that has been destroyed more than 100 times by the Israeli authorities and then rebuilt by the steadily dwindling populace. The residents of the town claim they own the land surrounding the village, and have receipts of property taxes paid to the Ottoman Empire and the British Mandate. The Israeli authorities maintain that the land was never owned by the Bedouin tribes, simply leased for grazing purposed. A lengthy court battle ruled in favor of the Israeli state in 2012, the result of the great majority of land dispute cases that are submitted to the judicial system.. A small group of Bedouins continues to build temporary structures adjacent to the cemetery, though these are frequently demolished by the authorities attempting to expel them. The majority of Bedouin residents of the northern Negev (roughly 90%) were expelled, often violently, in the wake of the establishment of the Israeli state in 1948 and pushed to the West Bank and Gaza.