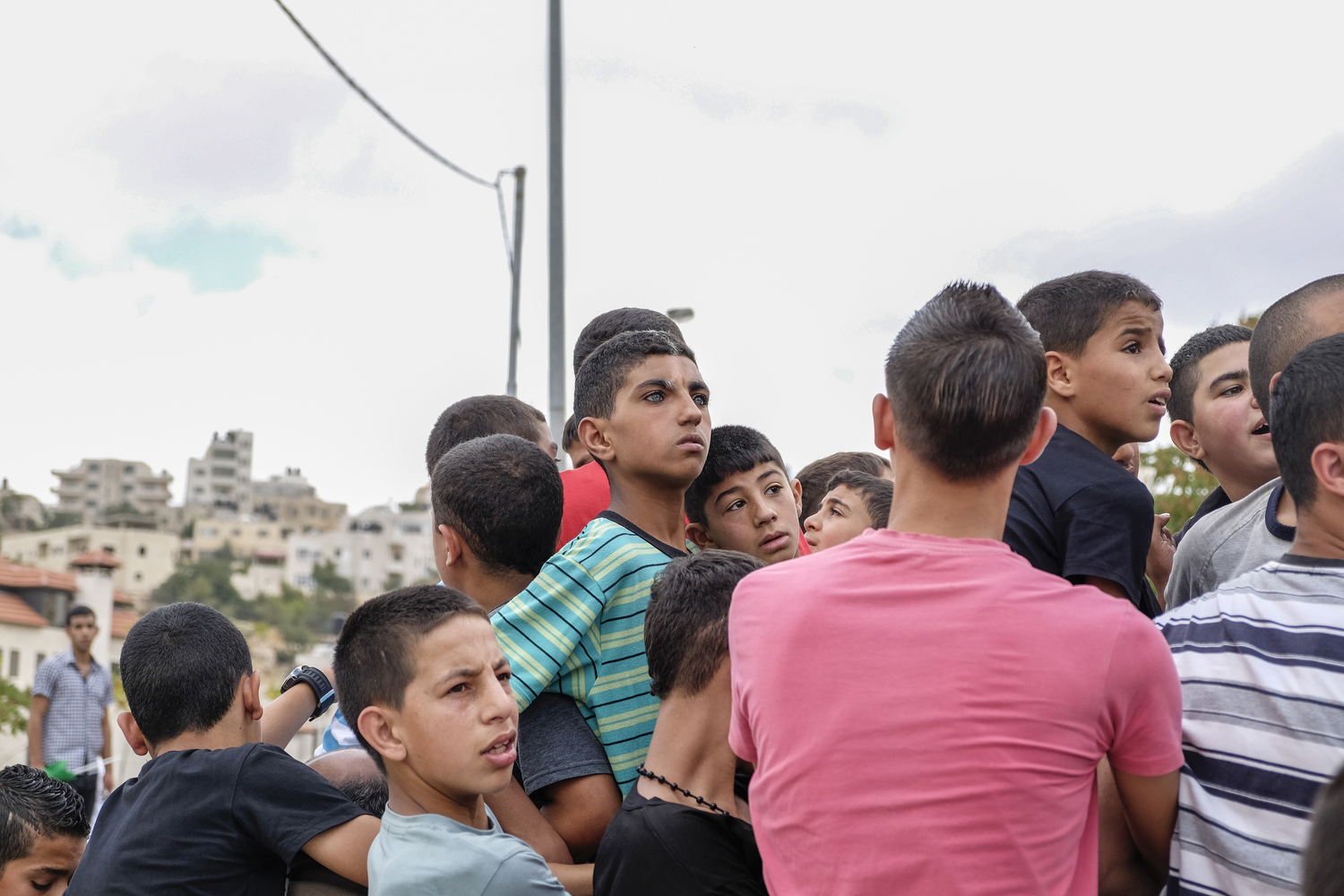 2014. Ramallah. The West Bank. Young men leave the funeral of Mohammed Qatari, killed the previous day during a protest outside an Israeli settlement next to Ramallah. According to an eye-witness of the killing "We were near Psagot Settlement at a demonstration. A soldier shot Mohammed a bullet in each of his calves (R and L). We tried to lift him and get him out but the soldiers shot in our direction so we moved back. Two soldiers came and began jumping up and down on his face. They pulled him to the entrance of the settlement and called a Star of David (Magen David) ambulance. They were beating him in the face. We called an ambulance but the soldiers wouldn't let it through and stopped it for 2 hours. When Mohammed was finally moved into the Palestinian ambulance he had an additional bullet in his chest and wounds all over his face.