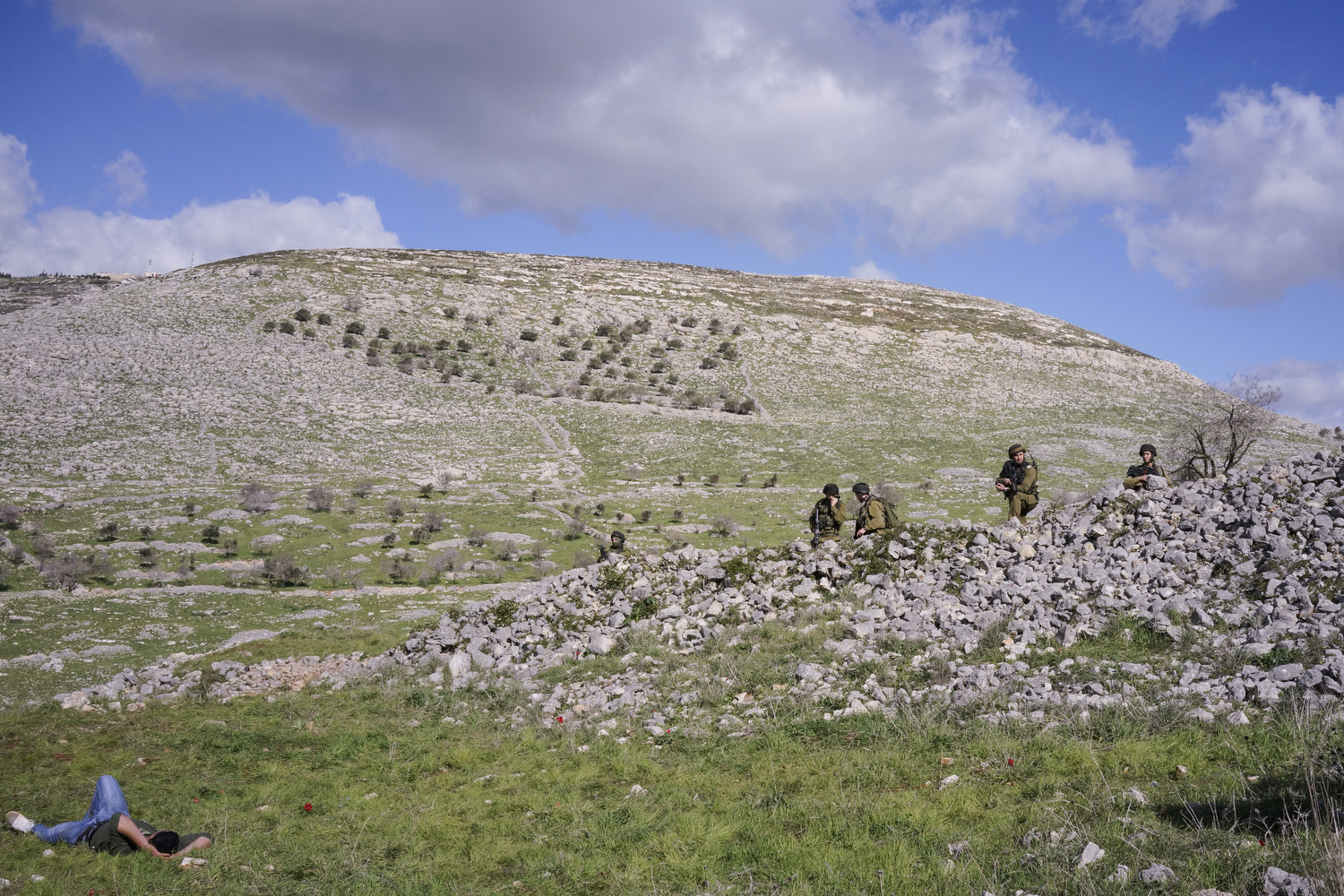 West Bank. Burin. 2013. A demonstration in Burin, a Palestinian town near Nablus. Residents and activists had moved temporary structures to a hill between the town and the nearby Israeli settlement. The action was intended to draw attention to Israeli policy of occupying Palestinian land for new settlements. In this case, the protestor were driven off the hill and the encampment was dismantled. Israeli settlers attacked the town of Burin and shot one youth, wounding him in the leg.