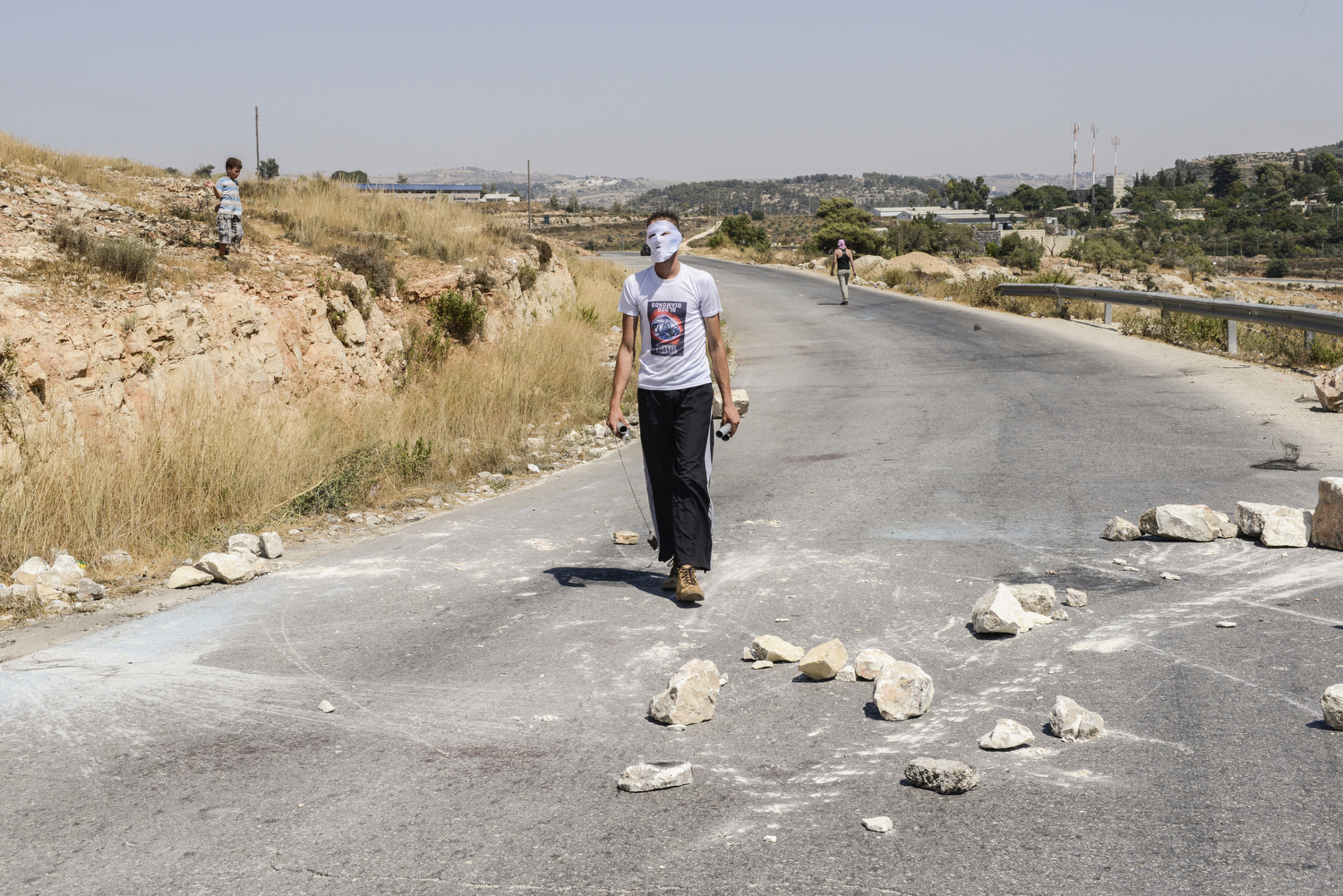 West Bank. Nabi Saleh. 2012. A shebab during a break in the protest.

The town of Nabi Saleh have been protesting Israeli occupation since 2009, following the takeover of an ancestral spring by a settlement across the road. Every Friday after prayers, a mix of Palestinian and International activists march on gathered Israeli security forces. The peaceful protest devolves quickly into tear gas, rubber bullets and sprayed stink water from the Israelis, and rock throwing by the Palestinian youths.