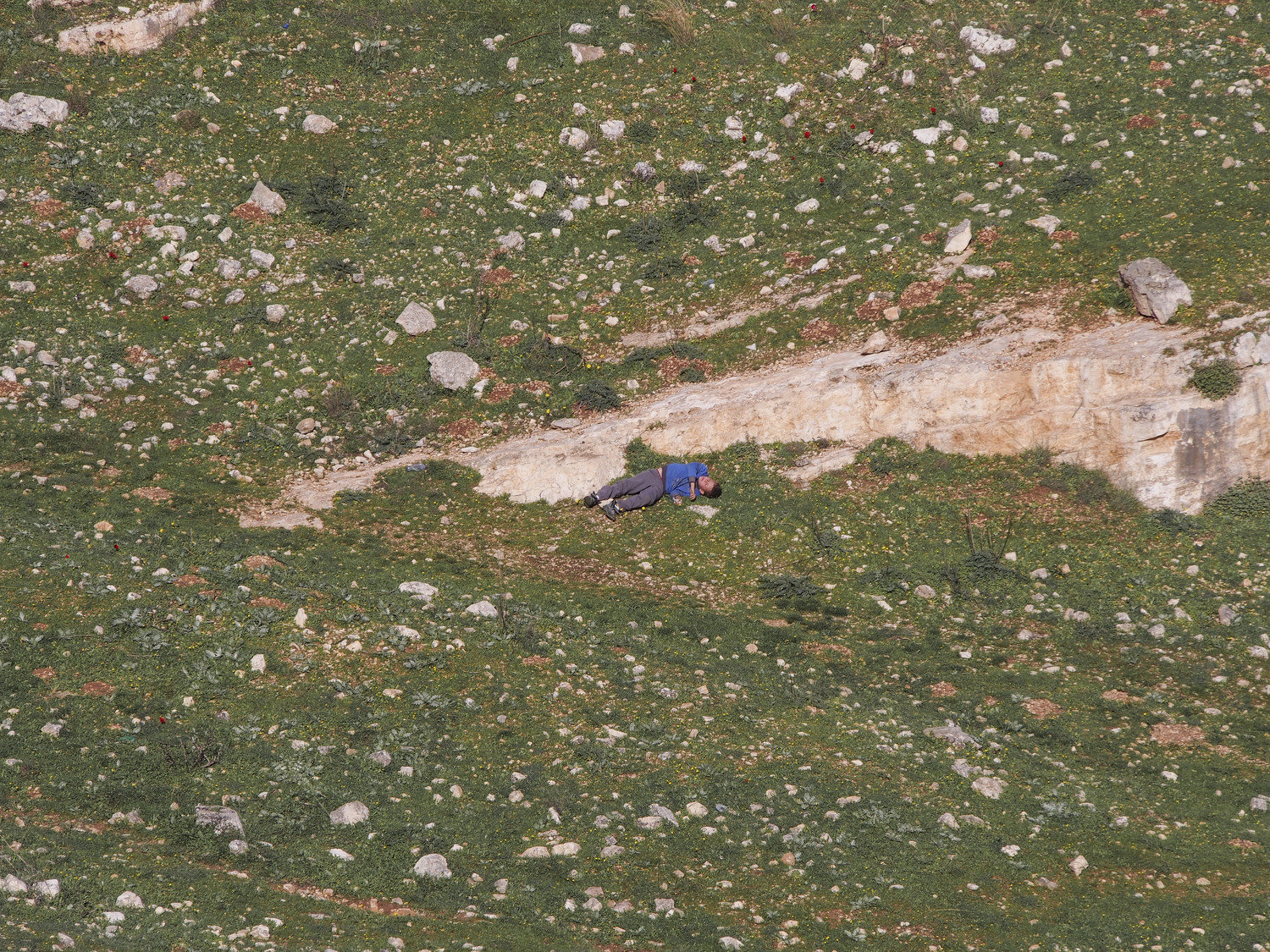 West Bank. Nabi Saleh. 2013. A Palestinian boy recovers after getting tear gassed during weekly protests against the Israeli occupation.